Collecting stickers was a popular hobby for kids in the mid-1980s. For my birthday one year I got a sticker album and started placing my stickers in them. One of the more popular stickers to collect were “Garbage Pail Kids” which were a more gross version of “Cabbage Patch Kids”. They bore funny names and duplicates which had two different names were “twins” (or at least that’s what we called them). They came in a pack like baseball cards and collectible card games do today. Eventually they made a movie based on the cards. I thought it would be fun to show you some of the Garbage Pail Kids that I put in my album. I had many more but they were still backed and eventually I traded them away or whatever. These are all of them which I have left. In my album I wrote a smart remark. It had a place to describe your favorite sticker and prettiest sticker. In both cases I wrote “Garbage Pail Kids.” These photos are low resolution so nobody can accuse me of ripping off the art, but the dates which you can’t read for the copyright on the DuckTales stickers help to date the album. The date is 1986. The Duck Tales stickers, if I remember correctly, were a promotional for Halloween which being fluorescent would help kids be seen at night so they wouldn’t be hit by cars, which was one of the things we were told we should be terrified of. The cold war was hot and we were apparently all targets of even benign aggression (more about that some other time). But I can’t remember where I got them. Maybe a cereal box? 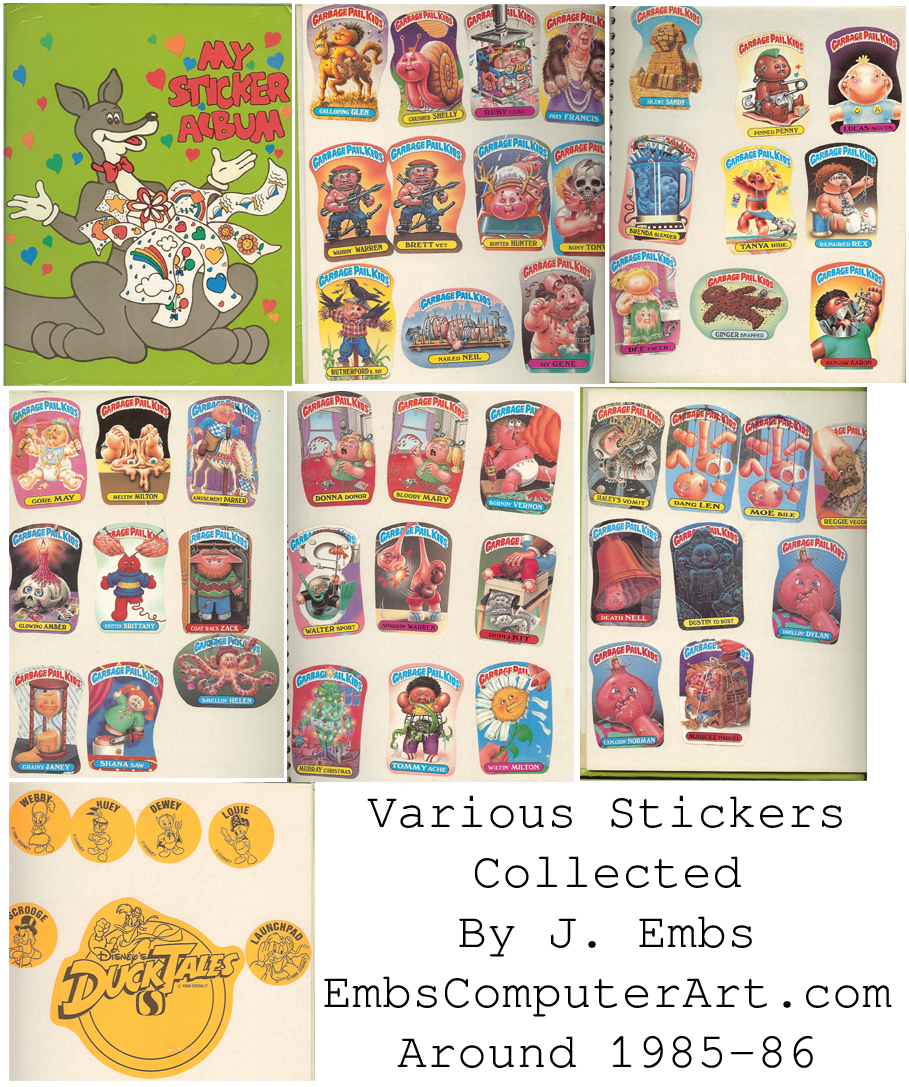