Thursday June 23rd reporting from America… Britain has voted in referendum to leave the European Union. It is Britain’s Independence Day! Congratulations to the free people of England. You have done your country and the world a service by choosing freedom over slavery, truth over lies, sovereignty over dependence. Good show! 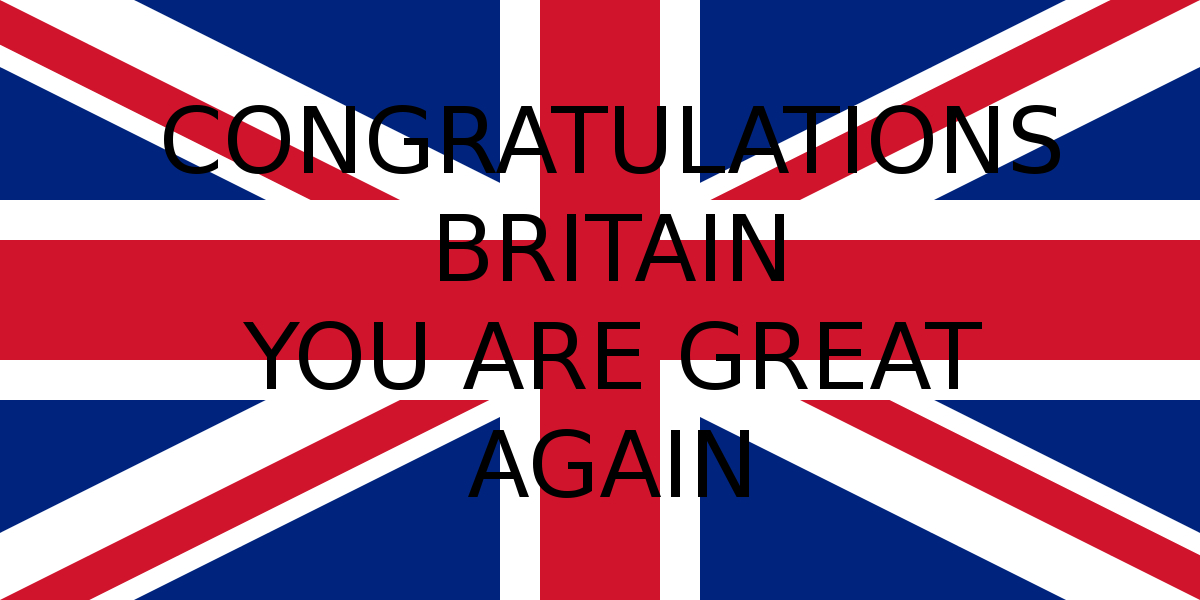 We must never forget that on this day, the 23rd of June in 2016 the year of our Lourde, God sent torrential rain, three months worth, to pour down upon England to suppress the votes in the regions that supported the European Union which had thumbed its nose at God and his Son Jesus Christ. To God be the glory forever and ever Amen.